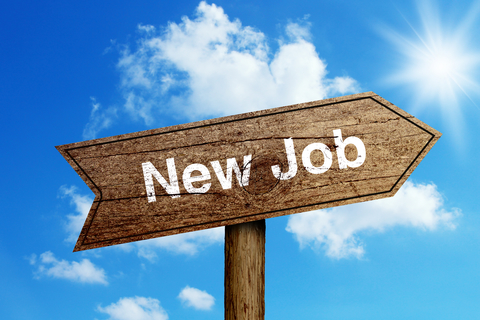 If you were offered a job in another city—or your current employer asked you to relocate—would you make the move?
Some would say yes in a heartbeat, while others might struggle with the uncertainty that accompanies such a big change.

According to MyMove.com’s Consumer Insights Study, which surveyed 8,000 consumers, including 6,300 who had either moved homes within the last 12 months or are planning to move within the next 12 months, a new job or transfer is consistently among the top five reasons that people move. About half of them (49%) relocated to another state or out of the country.

“Deciding to relocate is a personal decision and is different for everyone because not everyone’s situation is the same,” says Rosemary Haefner, vice president of human resources at CareerBuilder. “It may be a good decision for someone who is in a position to move their life to a new area without much disruption, for example, someone who is early in their career. On the flip side, someone later in their career, or someone with a family, may have more ties to their current city and while it is not necessarily a bad decision to relocate, it may take more planning and time to actually do it.”

Alexandra Levit, the author of Blind Spots: The 10 Business Myths You Can’t Afford to Believe on Your New Path to Success, concurs. “It’s a good idea if you have your heart set on a job that’s in a particular geography and if your lifestyle allows a bit more flexibility. It may not be the smartest approach to uproot your entire family for a job you could probably find locally with a little more persistence.”

If you are a long-term employee in your present company and are a long-term resident, it may be very risky to start over somewhere else, even if it’s financially beneficial to you, says Andy Teach, author of From Graduation to Corporation, and host of the YouTube channel FromGradToCorp. “Some people like stability and there is something to be said for that. You may have a lot of close friends and family where you live and no job may be worth giving that up.”

It’s also important to remember that relocating may be good for you but not so good for your spouse or children, he adds. “It’s not a decision to be taken lightly.”

In Pictures: 20 Questions You Should Ask Yourself Before You Relocate For A Job

So before you make this big decision, you’ll also want to know that the job you’re considering is a terrific fit, Levit says. Another thing to think about is whether the organization has shown its commitment to you by assisting with relocation costs. “That won’t always happen, but when it does it’s a great sign,” she says. If an employer isn’t committed to you from the very beginning, you might not want to pick up everything and move for them.

“It’s also good to have the support of your friends and family and to know at least one person in the new city who can help you get acquainted,” Levit adds. And if you don’t have a specific job offer yet, but you’re considering relocating because the job hunt in your current area has been unsuccessful, you should at least be assured that your employment prospects will be better – not worse – in the new locale, she says.

Deborah Brown-Volkman, a career coach and president of SurpassYourDreams.com, suggests you relocate only “because you want to, and not because you should.” If you’re apprehensive or feel it’s a bad choice, don’t do it.

“You should always think about the long-term consequences of moving before you make the decision,” Teach adds. The key is to know exactly what you’re getting into in your new job and the new city. Try to speak with as many people as possible when interviewing and ask as many questions as possible about the job itself so there are no surprises. Spend a couple of days after the interview driving around the city to get a sense of what it would be like living there. “Relocation can be a big risk, but sometimes big risk equals big rewards,” he says.

Haefner suggests creating a business plan; look at the objective, weigh the pros and the cons, develop a time line, consider how you and others around you will be affected, develop a budget, and plan for the unknowns. Once you see the plan on paper, it will be easier for you to determine if the move is the right decision, she says.

Teach adds, “Go with your gut. It all comes down to what your career goals and aspirations are. If you feel that you’re not advancing in your present job and don’t feel that your current city presents the right opportunities, then you should seriously consider relocating. If you want to work in a specialized field where only a handful of cities present the best opportunity for you, you should consider relocating. If you’re just ready for a change in your life and are stimulated by new things, relocation may be for you.”

Ask yourself what you have to gain and to lose by relocating, and keep in mind that if it doesn’t work out, you can always move back.

“The more questions you ask yourself, the more you understand what’s important to you in a job and a place you live, and the better choice you will make,” Brown-Volkman says. “Sometimes people say ‘oh it will be fine, I will work it out when I get there,’ and then they are miserable because they don’t like the people in their new neighborhood or they don’t get along with their co-workers.”

To avoid problems like this, ask yourself the following questions before you relocate for a job:

Will I love my new job?
Where will I live?
Who will pay for relocation expenses?
What is the cost of living like in this new city? Can I afford to live in the new city and still save some money?
What does the future of this company or position look like?
Is the job one in which I can definitely envision myself learning and advancing my career?
Is the culture of the new company and new city a good match for me and my family?
Will we make friends easily?
Will living and working in the new city provide me with better opportunities than my current situation?
What are the benefits of relocating for this job? Do they outweigh the obstacles?
Is my significant other on board and where will he or she work?
What is there to do in the new city besides work?
What am I leaving behind?
Do I do well with change?
Where will my kids go to school? Does the school system have a good reputation?
What is the neighborhood like?
What is the weather like?
What’s my backup plan if things don’t work out?
Will my family be happy in this new place?
Will I be happy?